The sari that I wore for Diwali is an Assam silk (mulberry) and I bought it during our trip to Guwahati in Feb this year. Infact we spent a lot of time at ARTFED, the government store that sells authentic Assam handloom saris but nothing quite caught our attention. Then Krishnan spotted this one under one of the piles and both of us loved it ! Its Fanta orange in color and the shade changes a bit under different light conditions – pale to strong orange. The motifs are just flowers and “ambi” (Mango) in white and purple. 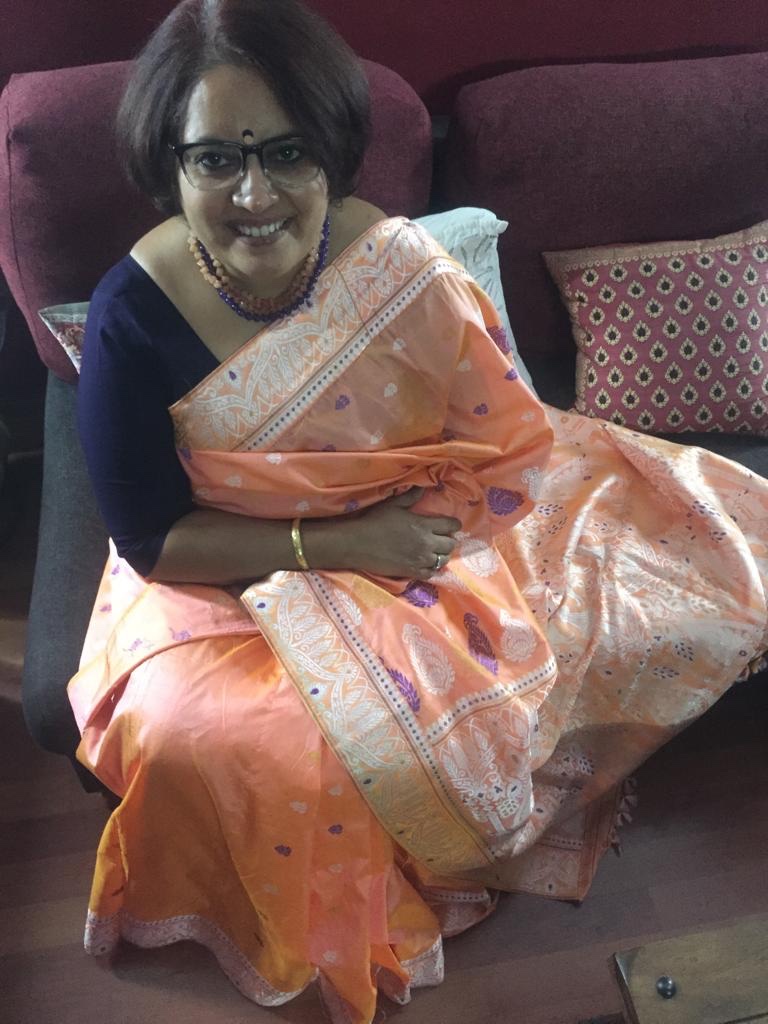 The Pallu is grand but understated.

We have always struggled to get pictures of us together because Amma is not very comfortable using the phone to click pictures. She does a great job with a regular camera though. When we were visiting with Keshav and Anu in Munich, Keshav got us this awesome selfie stick with a remote clicker. So we had to use it to get ourselves a selfie ! Krishnan is wearing the new shirt that Jose had bought for him. The light is again something that we need to learn to use better – either some pics are too dark or some have a blast of light.

The neckpiece is actually two strings – one a pale orange square cut stones and the other is a amethyst string round stones. Ofcourse they are from Desh Maheshwari. God bless Mr. Desh !

Amma did the Lakshmi Puja and we caught her on the way and insisted on taking a selfie with her … just background information for her serious look. She never wears any new sari, not now and not earlier. So thats why she isn’t in a new sari for Diwali.

We relocated Buddha to a different spot and gave the space on the corner table for Amma to setup Lakshmi and do her pooja. Appa had collected 108 of these 20 paise coins that were in use during 1970’s and Amma uses them to do the pooja. 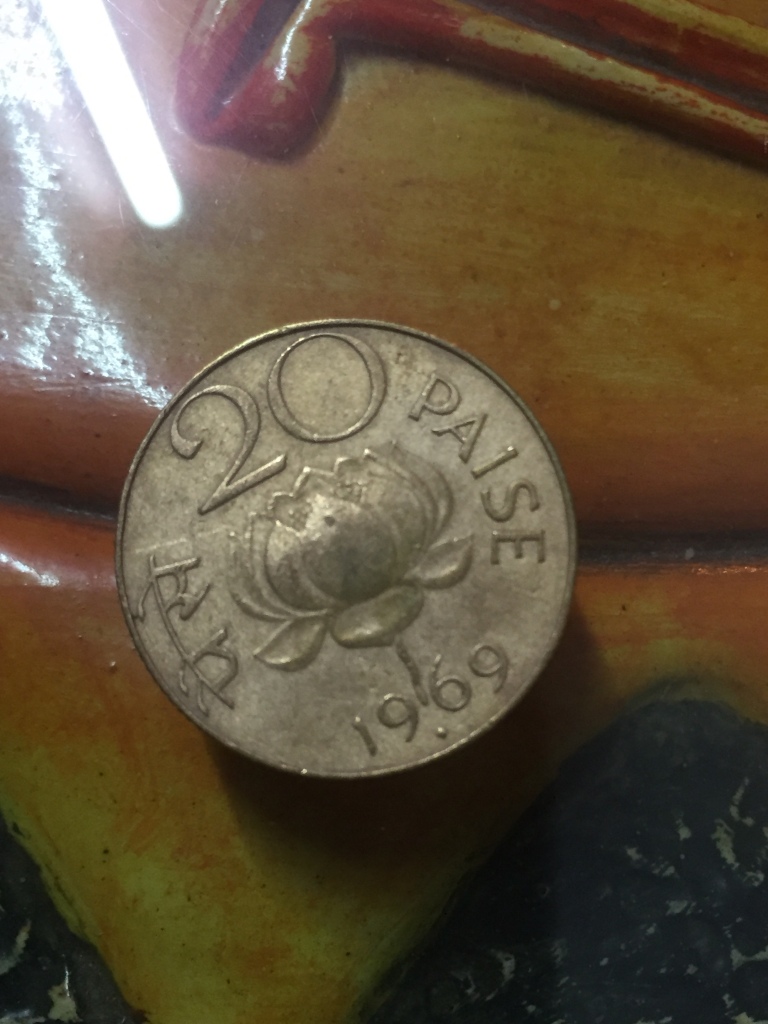 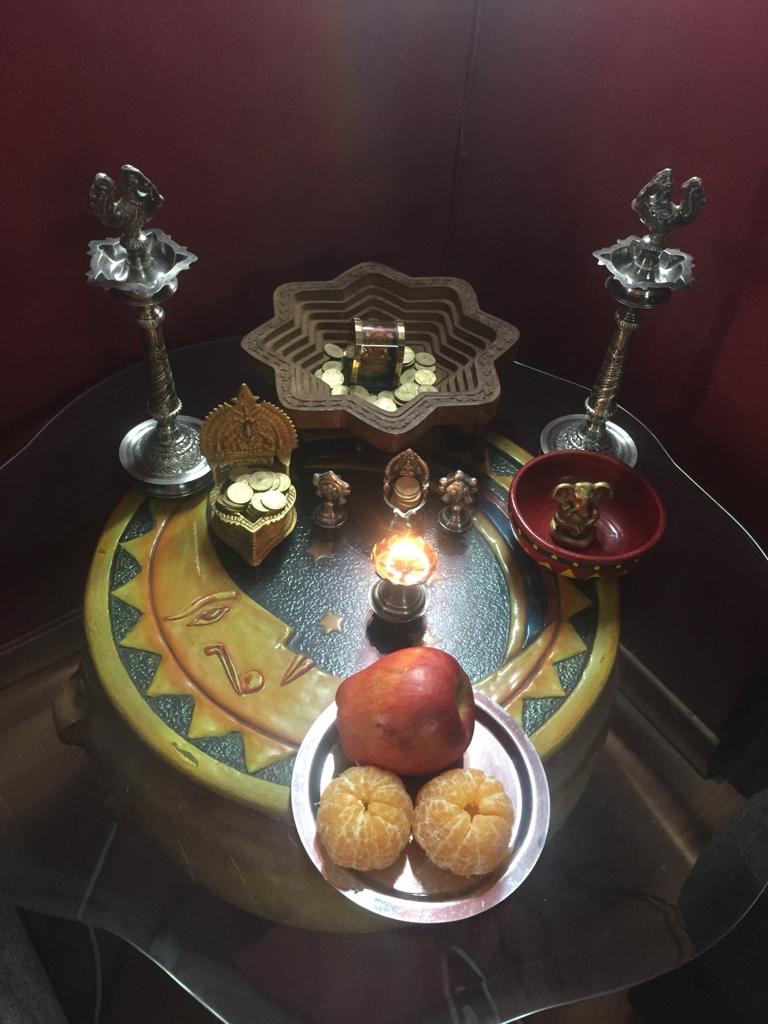 The cracker ban ended up in a damp squib and for some strange reason, today the visibility is better in Gurgaon.. not sure what happened in Delhi. Will the honourable Supreme Court provide a better solution ? Like insisting on green cracker production so that the cracker factories in Sivakasi can earn their livelihood and the pollution also remains in check and most importantly, Hindus don’t feel victimised in their own land. We are also citizens of India and not second class ones at that !!

Happy Diwali everyone … May everyone be prosperous and healthy. Eat homemade sweets and enjoy the festivities. Its the cakes, pastries, pizzas, colas, chips and other junk foods that lead to health issues not our traditional local food and certainly not what our mothers and grandmothers cooked. Remember Diwali comes once a year and gorging on sweets once a year, doesn’t dent anyone’s diet.