While reading about places of interest in Budapest, I stumbled upon an article that spoke of the award winning design of two metro stations on the M4 line. We decided to go visit these two stations today and also to walk the Andrassy Avenue.

After breakfast we first took the M1 to Deak Ferenc station and then changed over to M2 to visit the Keleti Palayudvar station. The escalator from the platform to the Keleti station was really deep… made me a little uncomfortable particularly when Krishnan tried taking a picture without holding onto the rails :). 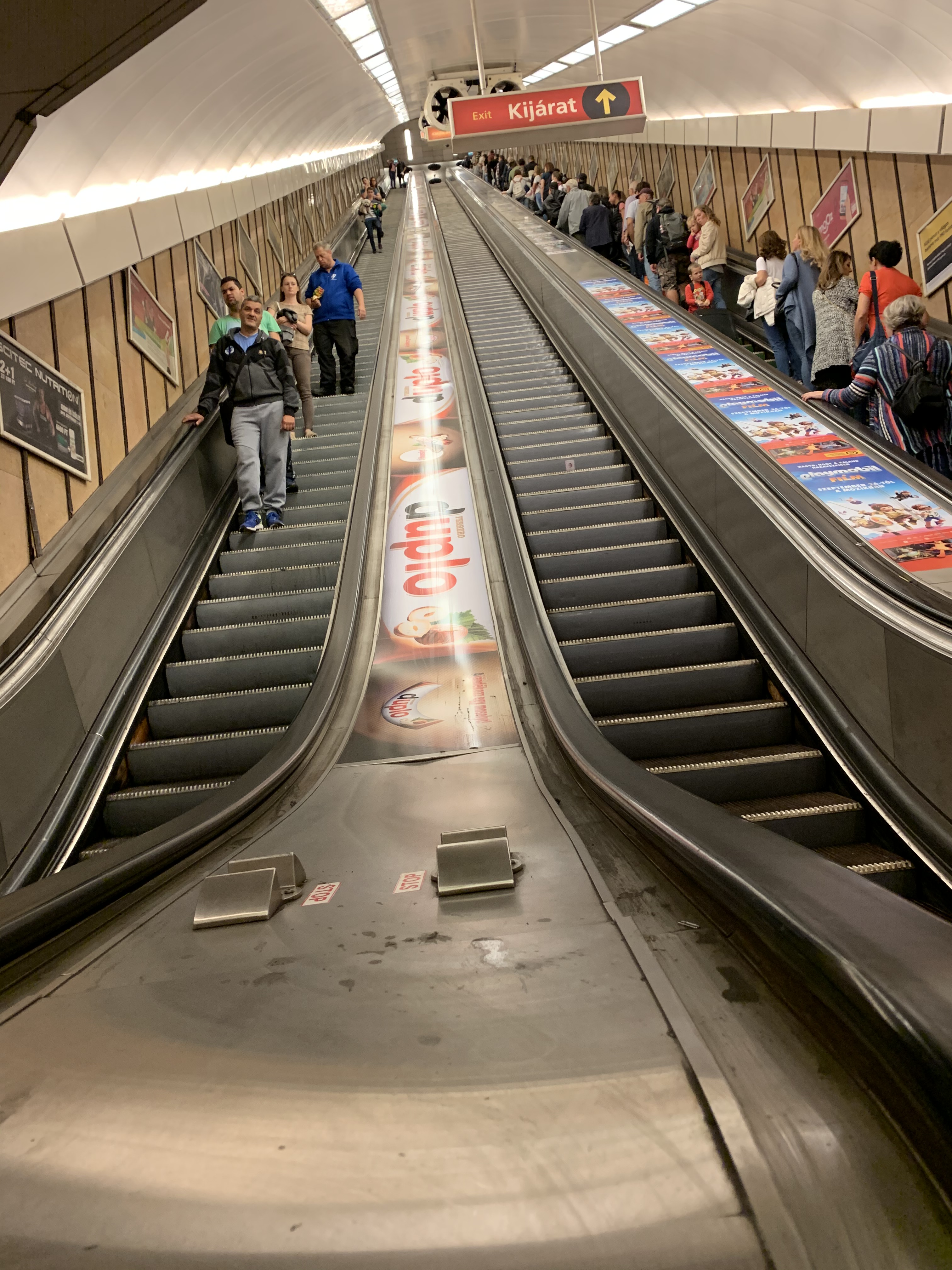 The steep escalator at the Keleti Palayudvar station from the underground to the main building. 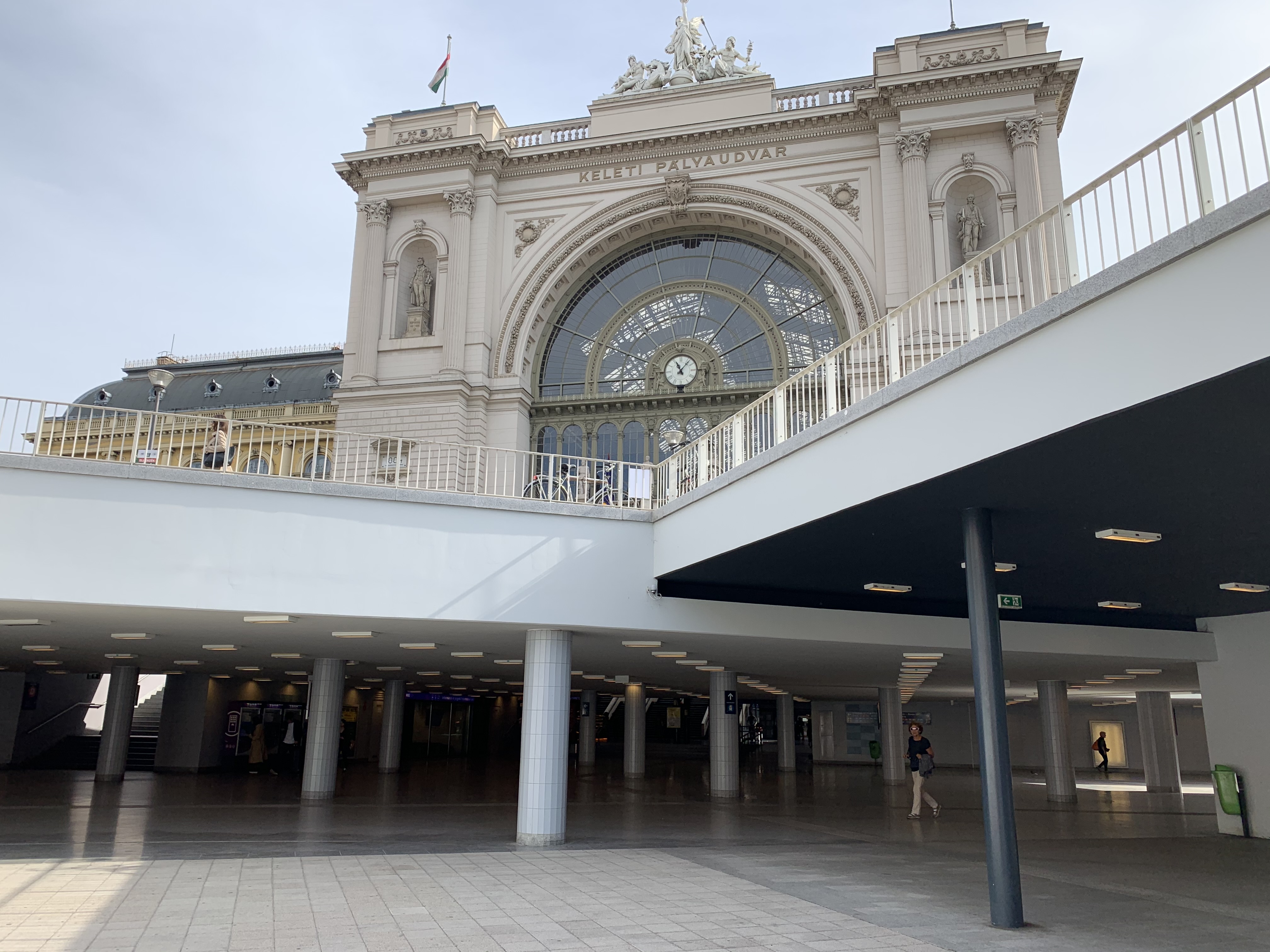 The stunning Keleti Palayudvar station building from one level below the ground.

We walked one floor above to see the platforms from where regular trains arrived and left Budapest. Keleti Palayudvar is the Central Station for Budapest.

A mix of the modern LCD displays with the old style station building.. 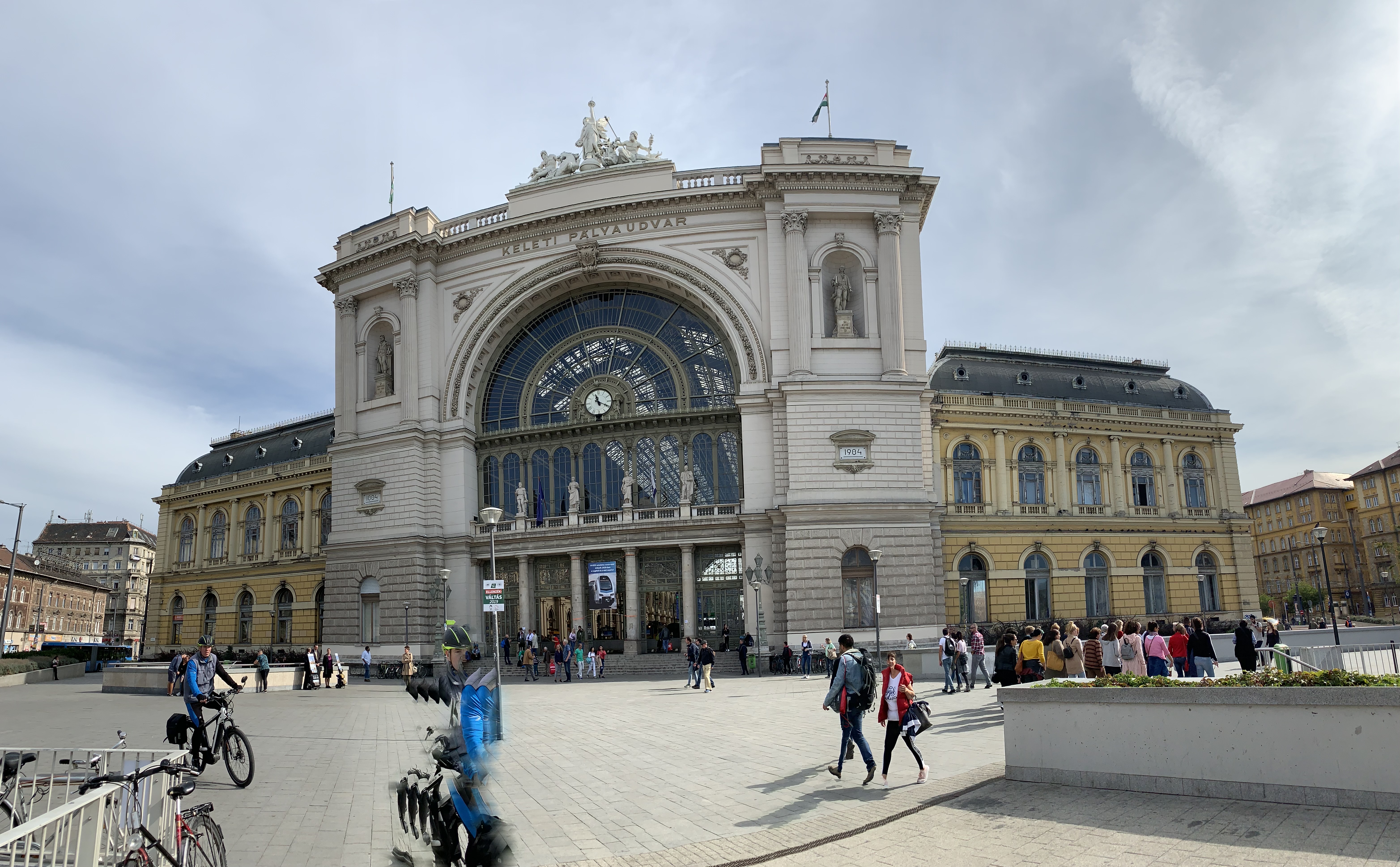 From Keleti Palayudvar metro station, we took the M4 to go towards Kelenfold (where the bus left us). The Fővám tér & Szent Gellért tér stations fall on this line, one before the Danube channel and Szent Gellért tar station after the channel. Please read this article about these two stations and why they won several awards – https://www.dezeen.com/2014/12/04/spora-architects-metro-stations-budapest-concrete-lattice-beams/.

The exposed concrete beams at the Fővám tér station was fascinating – have never seen that in a modern building. 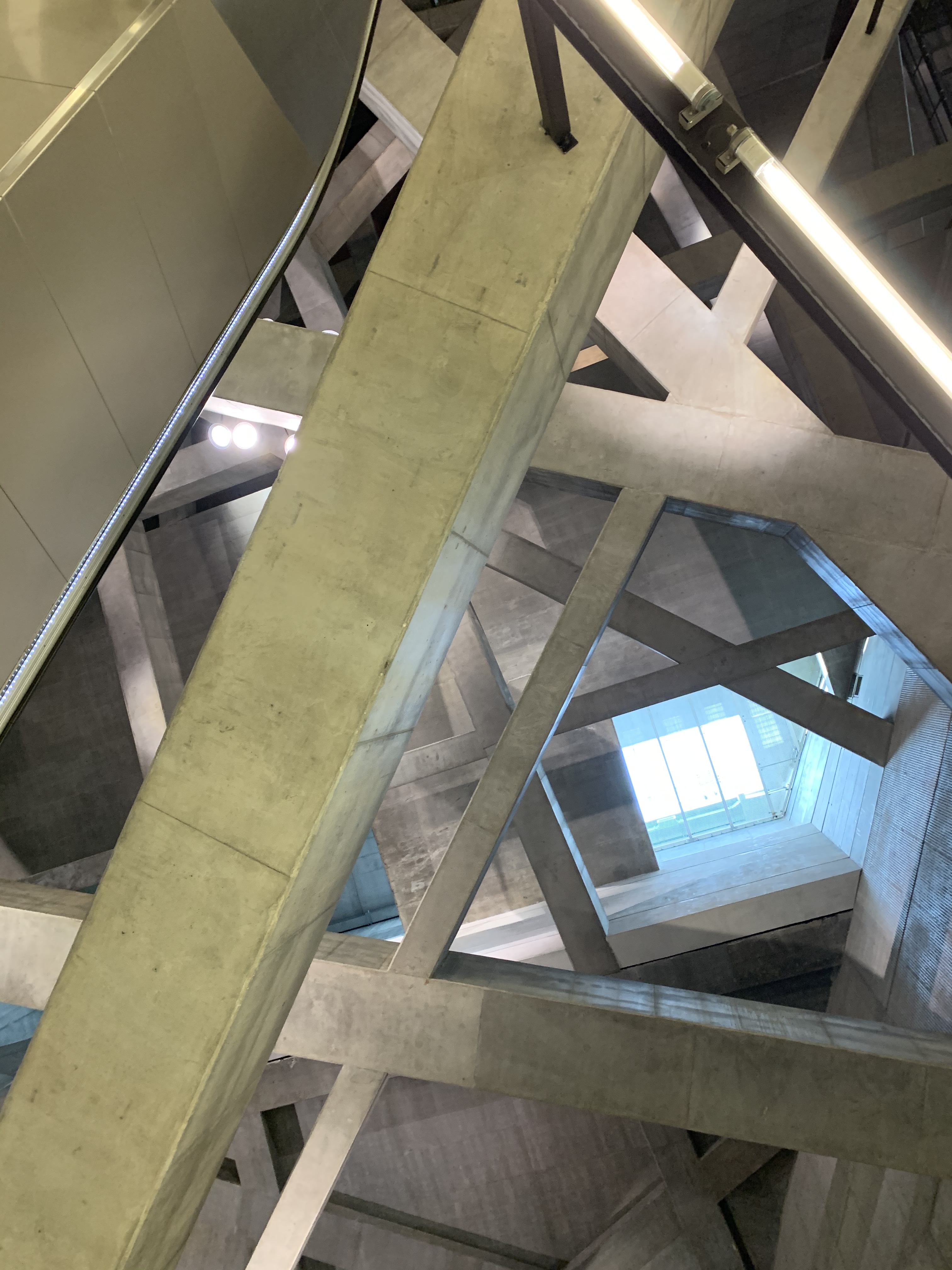 The concrete beams on the ceiling of the Fovam Ter station 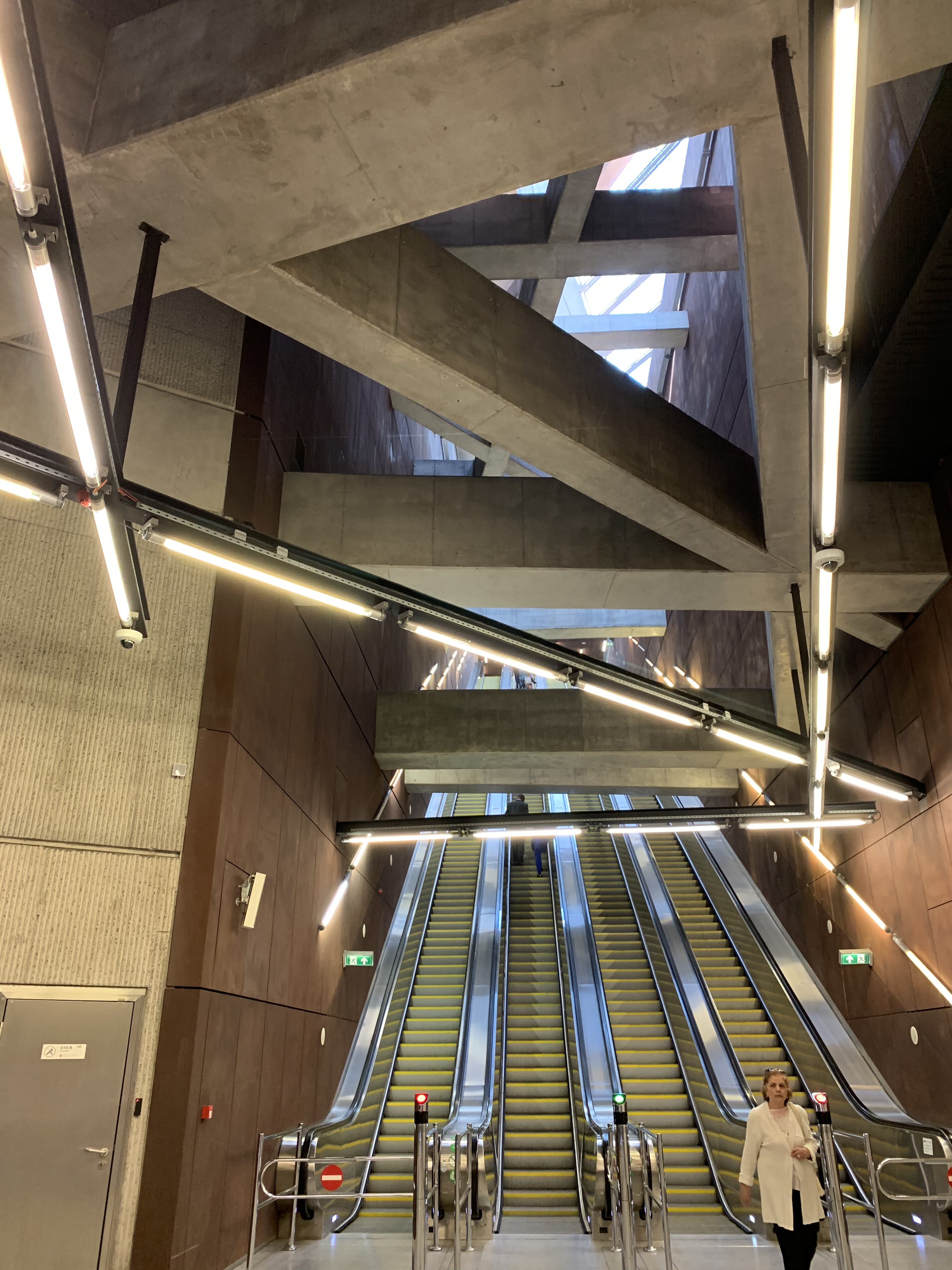 Again the exposed concrete beams… here too the escalators were steep.

We got out of the station and walked for some distance along the Danube Riverfront. There was some running event happening there.

A stunning view of the Pest side of Budapest 🙂

You can see some of the runners and cyclists taking part in the event ..

The granite stools all along the riverfront 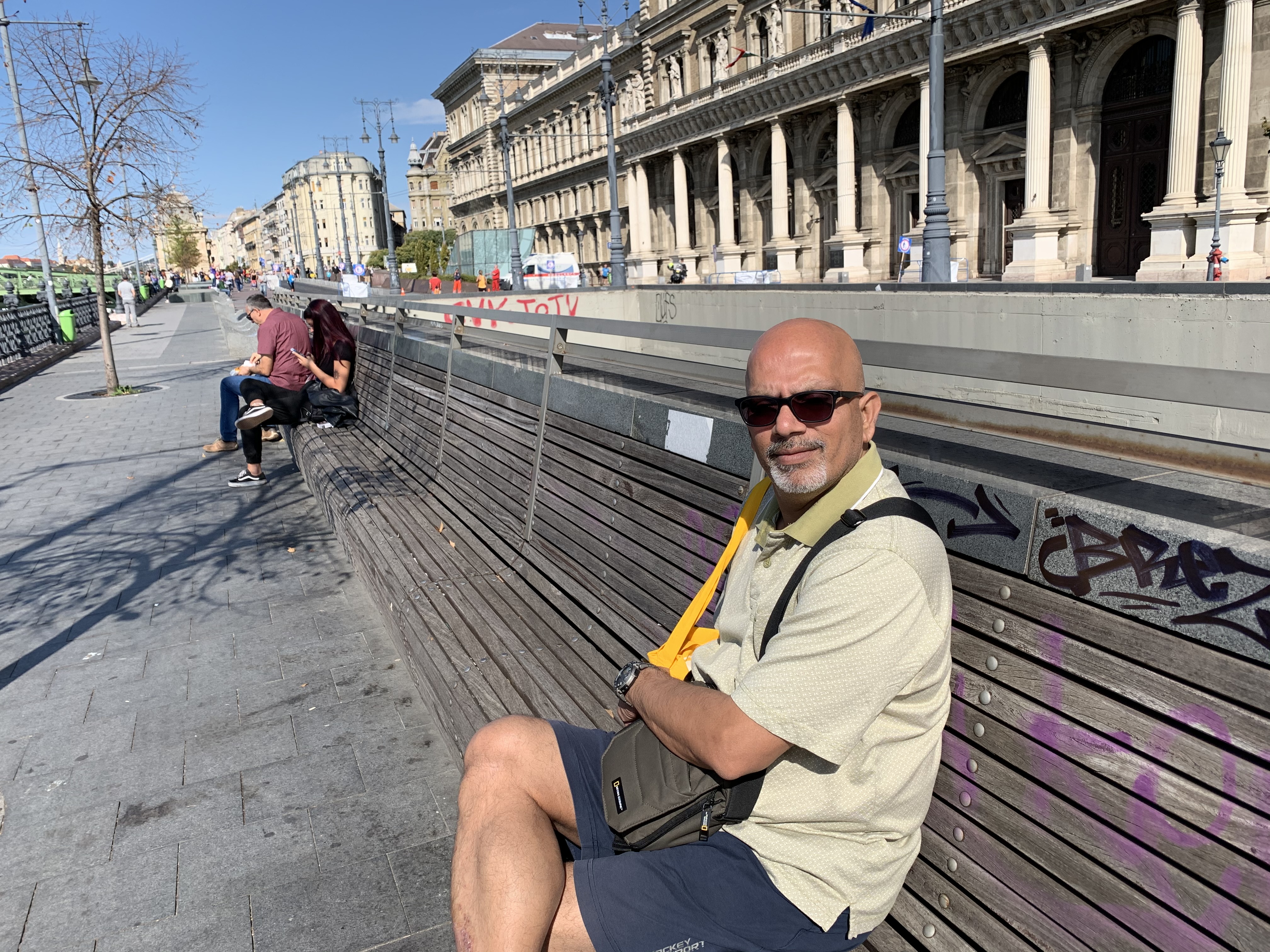 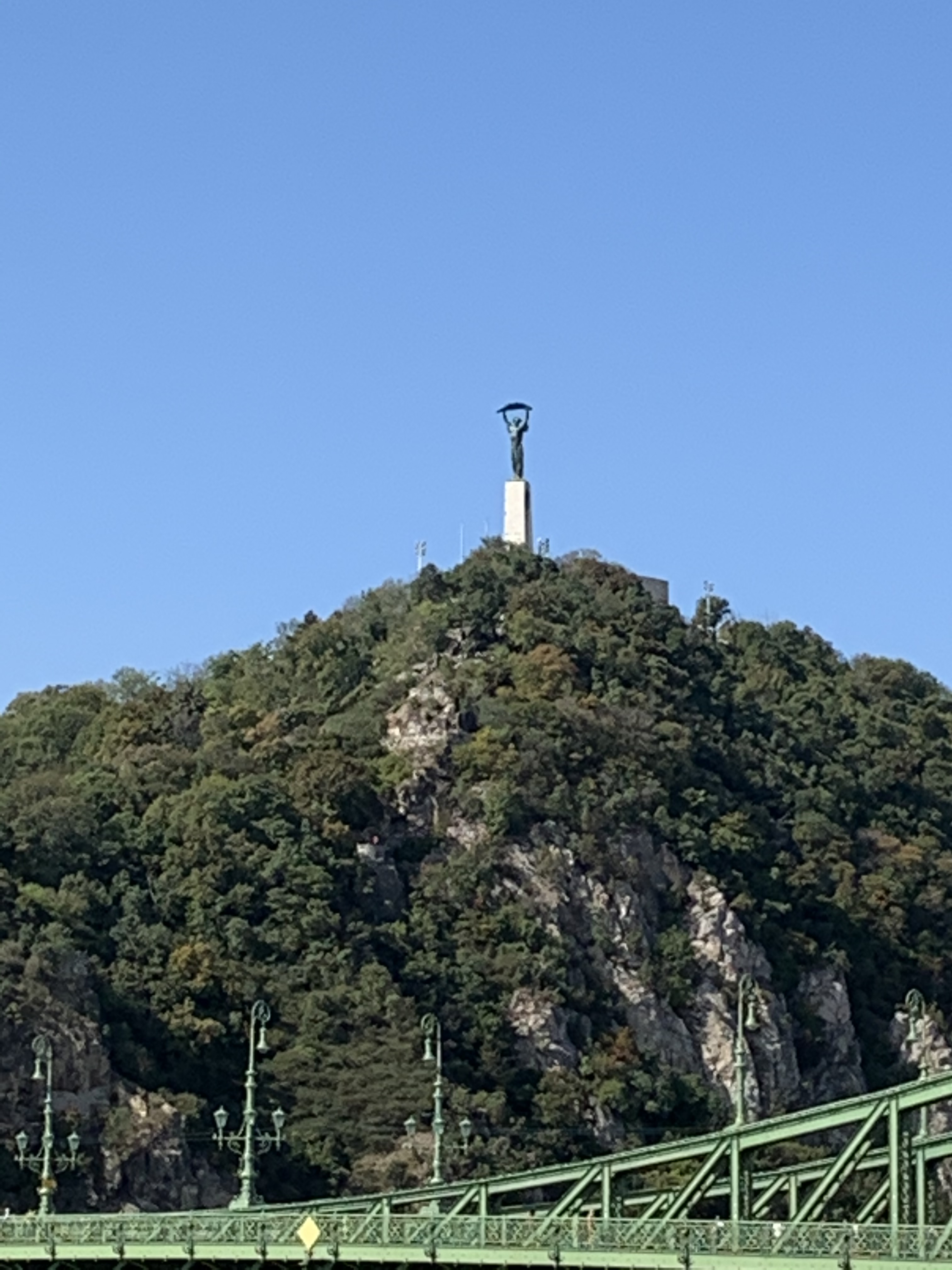 We tried walking to the Szent Gellert metro Station thinking that it will follow the riverfront, not realising that the line crossed the Danube river to the other side. We came to the end of the riverfront and found this fascinating building … the Fishermens Bastion, but didn’t know it till we looked at it from the other shore !

We walked back towards the Fovam Ter Station and on the way, I wanted a picture with this beautiful tree that was shedding its leaves, particularly because I was wearing the Cooptex Tree of Life saree.

We can see some of the runners going by on the road below.

We took the metro and got off at the Szent Gellert Station. What a stunner this station was … the colourful tiles forming a mosaic that was just unbelievable. The colourful tiles forming a mosaic … on the walls and the roof.

The pic of the trip … thankfully we took the selfie stick with us and more importantly used it :):) 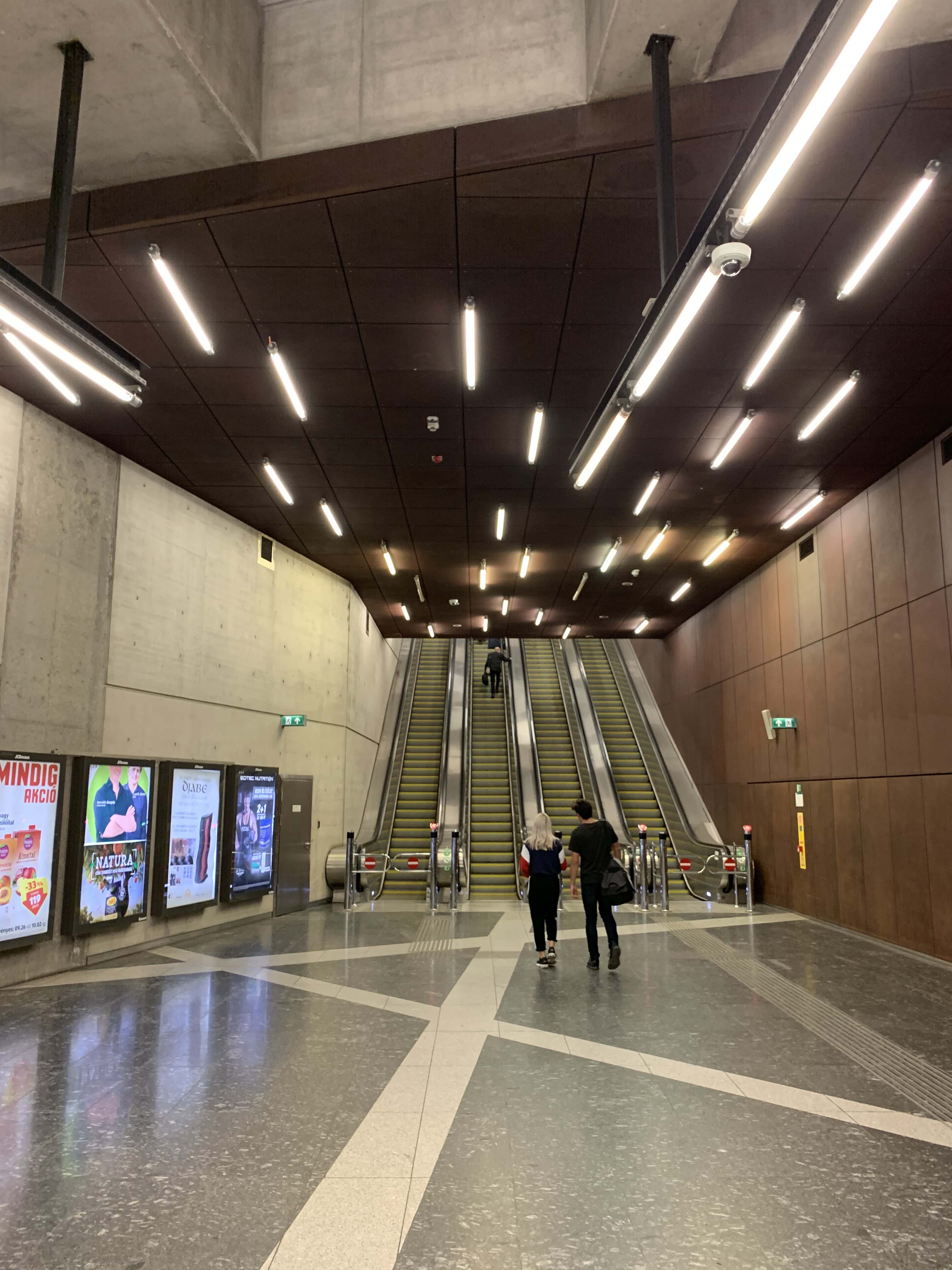 The tube lights are so beautifully laid out on the roof …

The steep escalators continue in this station too

Me being a little wobbly on the steep escalators 🙂

We got out of the metro station and walked a little on the Pest side of Budapest going all the way till Gellert Hill.

A beautiful view of the Buda side

We walked across the chain bridge to the Buda side and had lunch at Govindas – the ISKCON restaurant. The food was a lot and we had to leave off some of the vegetables as it was just too much for us. After lunch we started our walk back towards Heros Square down the Andrassy Avenue. Pictures from that walk will be part two of this blog.